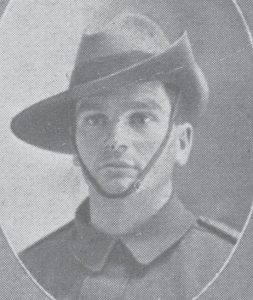 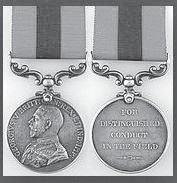 Recommendation date: 19 January 1917
Distinguished Conduct Medal
‘For conspicuous gallantry and devotion to duty. He commanded his company with great skill during the consolidation of the final objective. He organized the ammunition supply, and arranged the wiring of the position under intense artillery fire. He set a splendid example to his men.’
Source: Commonwealth Gazette No. 95
Date: 27 June 1918 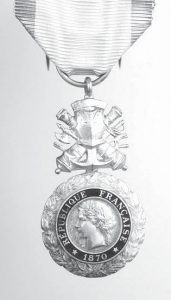 Legion d’Honneur:
Medaille Militaire (France)
‘A member of the original Battalion; wounded at GALLIPOLI 30th May, 1915. Has been through all the fighting in FRANCE.

He was noticed for his courageous behaviour and powers of leadership during operations in vicinity of MOUQUET FARM during periods 5th/10th August and 27th/29th August, 1916, and particularly for his determined fighting on the night of 8th/9th August, 1916, in an attack on the enemy trenches when although wounded he remained and materially assisted in repulsing enemy counter attack.

He has been previously recommended, but has not received any reward.’
Source: Commonwealth Gazette No. 169
Date: 4 October 1917