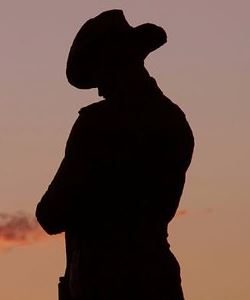 NAA File: Not available at this time.

The following is an extract from book by Paul Munson.

The known occupants of Blocks 303, 304 at the Amiens Soldier Settlement

Pre- Soldier Settler days, these blocks were originally owned by Stanford James Butler and on block 304 Harold Hewitt, the original soldier settler.  I have been unable to find if Harold served in the Australian Imperial Forces but his name is on the Amiens Memorial Monument.  Harold was an inmate at the Kyoomba Sanitorium and Mr Bull arranged to have his residence rented to the Pozieres School Teacher at a rental of 10/- per week.  The house had previously not been occupied.  It was a 4-room dwelling with a brick fireplace and stove recess.  Mr Turner was still renting the home until his transfer in June 1925.  Frank Bull then occupied the property.  By 1928 Harold and his brother Frank were living in Sugarloaf Road, Stanthorpe.

Frank Bull occupied blocks 303 and 304 until his sudden death.  The property was then occupied by Harold Butler in 1935 until it was forfeited in October 1938.  Robert McCarthy took over this block in March 1939.  His application was cancelled for failure to pay for the value of improvements in June 1940.  Bob McCarthy also had block 310 at the time he applied for blocks 303 and 304.  Bruce Howard Mould was the next occupier before Eddie John and Ray Ido Vedelago.