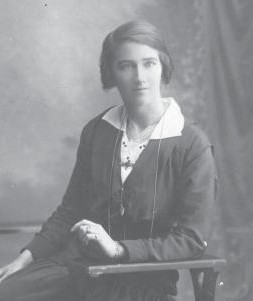 Mable Hill married Ernest Henry Hill in 1921 and moved to the Stanthorpe region after he was awarded a Soldier Settlers block at Amiens. Unfortunately due to ill health, Ernest was forced to forfeit the block of land and move the family into the township of Stanthorpe.

Their two sons, Charlie & Ray attended the Stanthorpe State School. In November 1925 Mable packed the families belongings up once more and they moved to the Kyoomba Sanatorium where Ernest had secured employment. They resided there for 10 years until December 1934 which was just before the Sanatorium closed down.

Mable and her family moved into Stanthorpe for a second time as Ernest started working for the Stanthorpe Shire Council as a casual labourer.

The family eventually settled in the Brisbane suburb of Wynnum. Mable passed away on the 23rd January 1968, four years after the death of Ernest.