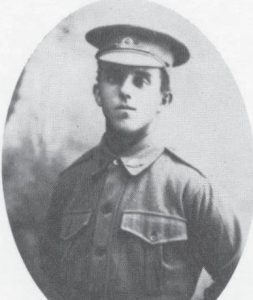 Twin boys (Felix Clarence and Casper Arthur) were born to Ernest & Johanna Zerk on 7th November, 1898 at Surat. Both Felix and Casper joined the Australian Imperial Forces. Felix enlisted in the AIF at Roma, Queensland on 14th September 1917 at the age of 19 years.

Felix’s service record shows that he embarked on the ‘SS Canberra’ on the 16th November 1917 and sailed to Southampton, England. In May 1918 he proceeded from Fovant to France via Folkestone. In May 1918 records show that Felix suffered from being gassed on the front. Felix was discharged from the Army on the 31st March 1920.

Initially Felix was to be admitted to Kyoomba at the end of 1928, however as it was getting close to Christmas he requested that he remain at home with his family for this period and proceed to the Sanatorium in early January 1929. Felix was officially admitted to the Repatriation Sanatorium, Stanthorpe on 23rd January, 1929.

Documents were submitted to the Queensland War Council (Reference – Application 108) for T.B. Ex-Sailor or Soldier for Dwelling House (McClure’s residence) on 8th May 1929 with his current address being listed as Kyoomba Sanatorium. Felix and his family moved from Stanthorpe to the Sunshine Coast on 16th February 1931. 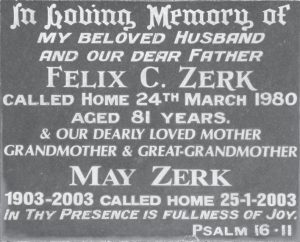