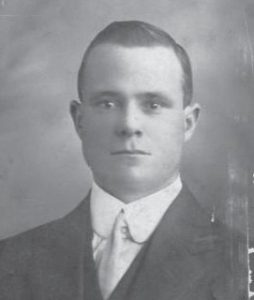 Ernest Henry HILL
POW – 11/4/1917 to 1/1/1919
Reported Wounded and Missing in Action in the field.
Prisoner of War Germany and wounded.
Suffered from influenza while POW.
Captured Reincourt. Interned Soltan. 1.1.1919 – repatriated – arrived in England.

Ernest was awarded a Soldier Settlers block at Amiens, which unfortunately like many others was forfeited. Ill health suffered by many of the soldiers, the harsh conditions and lack of water all contributed to many of these blocks of land being forfeited or surrendered. This was certainly not due to lack of effort on the part of the soldiers who toiled under extremely harsh conditions to try to make a living for their families. Ernest Hill is listed as one of the Soldiers Settlers on the memorial stone at Amiens.

Ernest, his wife Mable and their two sons, Charlie & Ray then moved into the town of Stanthorpe where Ernest secured employment. He started work at the Kyoomba Sanatorium on the 30/11/1925 as a motor driver and orderly and continued to work and live there with the family until 31/12/1934. 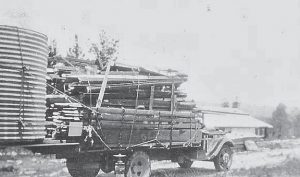 While employed there, Ernest was examined by the Local Medical Officer and he was diagnosed as being of a nervous apprehension; tiredness, inability to sleep, shortness of breath & palpitations on exertion.

The family moved from the Sanatorium to a house in Archibald Street in 1939 where Ernest then secured a job with the Stanthorpe Shire Council as a casual labourer.