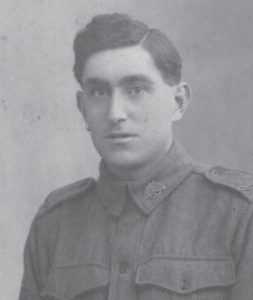 William Augustus MUNSON
William emigrated to Australia in 1910 when he was 21 years old. He initially worked as a farm labourer and just prior to 1913 he secured employment as a waiter at The Johnsonian Club, a gentlemen’s club for journalists and other literary and culturally like minded and professional people. The Johnsonian Club was situated in Adelaide Street, Brisbane. Anna Brizzle worked at the same club as William and they married on June 30, 1913.

With the outbreak of the war, and the death of his younger brother who was killed in action at Gaza on April 2, 1917, he enlisted and served with the Australian Army Medical Corp working mainly on the ships between Australia and England. William was discharged from the Army in 1919, and later received a letter from Percy A. McWhinney who was with him on the ship home. Whinney wrote, “Tell your wife from me that she is lucky to have a man with such an amiable temper. It was never once aroused all the way home.” 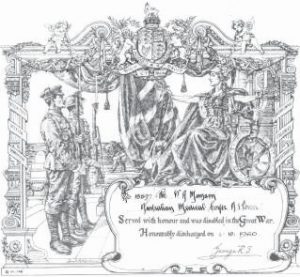 Having been diagnosed with tuberculous on October 1, 1919, William moved his family to Stanthorpe where he had been allocated a Soldier Settlers block at Pozieres. The family proceeded to plant and work an apple orchard. Anna passed away in 1932 and William then married Dora Weber. William continued to be an in-patient and out-patient at the Kyoomba Sanatorium until it closed in 1935. During his time at the sanatorium, he met and remained life long friends with a number of the ex-servicemen that he met there. Even when he was not an in-patient himself, he would often visit his friends who were being treated at the Sanatorium. 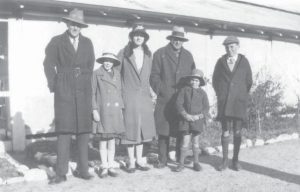