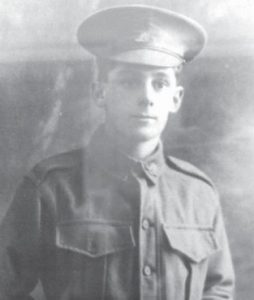 William George ORFORD
After his return to Australia, William was to spend a good portion of his time from 1917 until 1922 as a patient of the Kyoomba Sanatorium.

On the 22nd June 1918, photographs which he had taken at the Sanatorium and in Stanthorpe were selected and appeared in The Queenslander on page 24, under the title of “The Military Hospital at Stanthorpe.”

These photographs gave the reader a view into the size of the facilities at the Kyoomba Sanatorium and shows the progress of some of the new building work which was undertaken by the Commonwealth Government in 1918.

It is interesting to note that there were no windows in the men’s quarters, however they did have blinds that could be pulled down to keep the sun out or in times of cold or bad weather.

They had one son, Ken Orford. Ken was only 18 months old when his father died from tuberculosis in 1933. 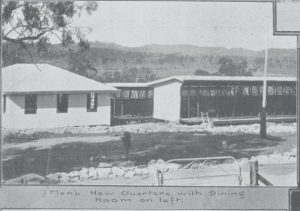 There were a number of funds/trusts set up to aid return soldiers with the education of their children.

Ken recalls that had it not been for the financial aid from one such fund, he would not have been able to achieve his goals for a good education.

It was while he was a student in his final year at the Brisbane Boys College, that he was successful in securing one of a number of scholarships to attend university in December 1949.

He went on to complete his studies, graduate as a qualified surveyor, and go on to set up his own business in Toowoomba.

Click on the image below to read the full article at TROVE. 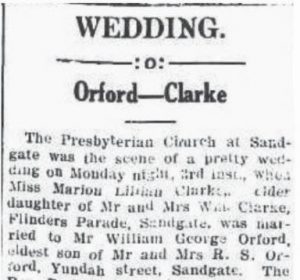